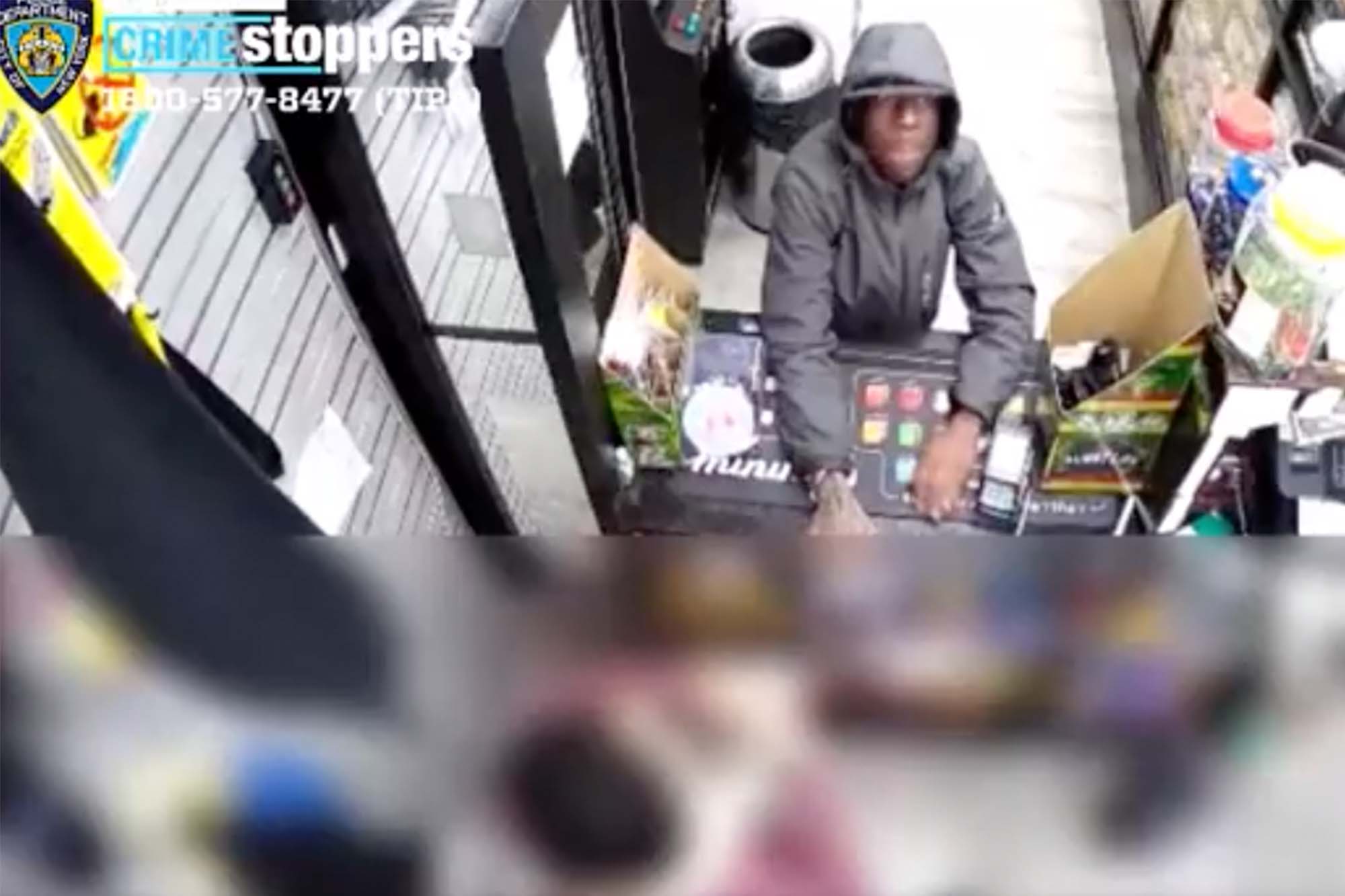 A trio of workers at a Bronx smoke shop stood their ground and fought back against a would-be robber over the weekend, surveillance video shows.

The male suspect was immediately met with resistance when he demanded cash from a clerk at Convenience Smoke Shop on Webster Avenue in Claremont at about 11:40 p.m. Saturday, according to the footage provided by the NYPD.

At the counter, the man struggled with one worker before he climbed up and over the fixture and was met by two additional employees.

The workers then took turns punching the suspect, cornering him into a wall, the video shows.

He was still on the loose as of late Monday.