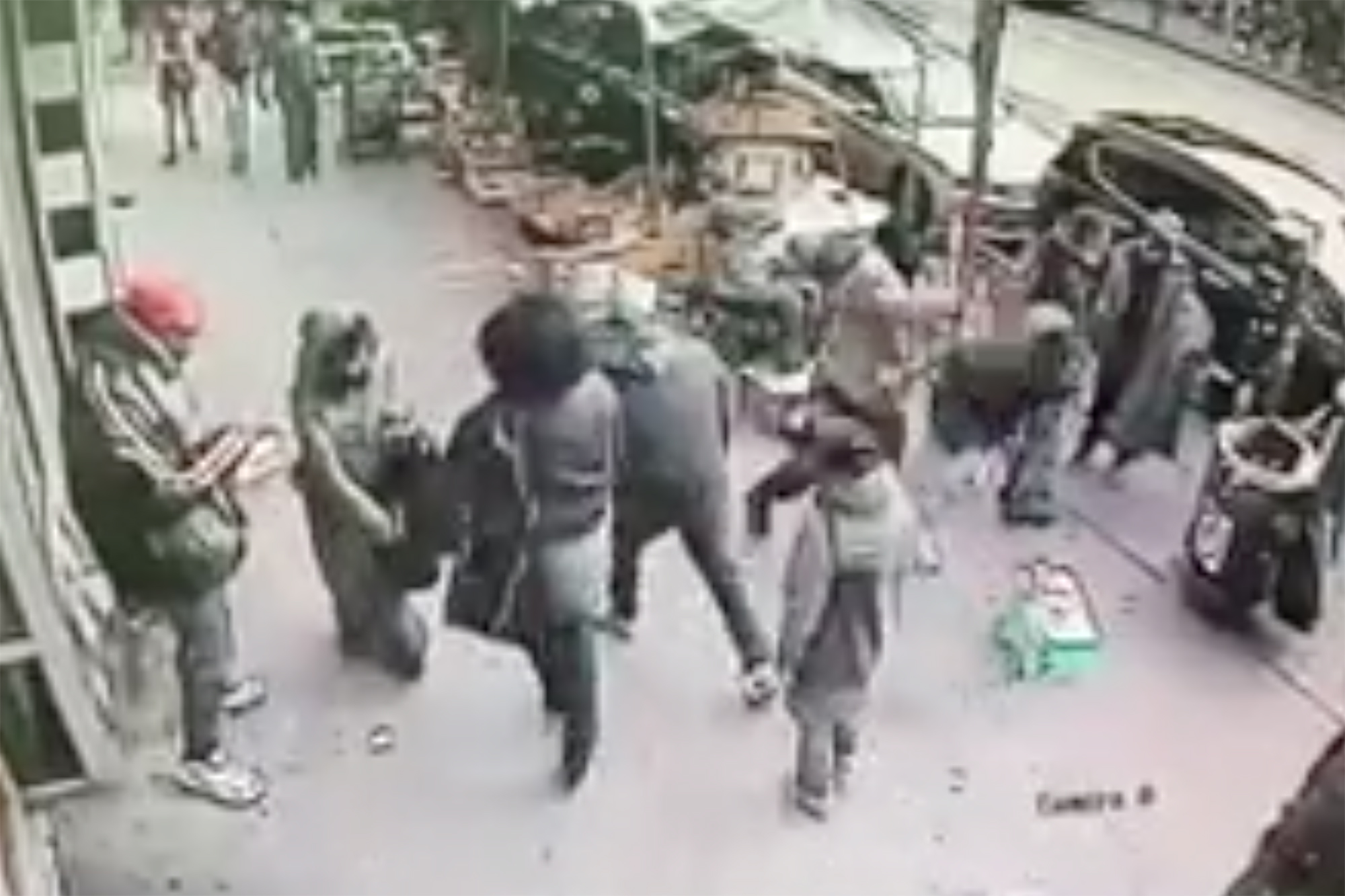 An unsuspecting man was stabbed in the back on a busy Harlem block Sunday afternoon — and the sickening attack was caught on video.

The clip obtained by The Post shows the attacker walking on the bustling sidewalk around 1:45 p.m., then suddenly charging at the victim and stabbing him at least once in the back.

The broad-daylight attack happened at the corner of 125th Street and Lenox Avenue, cops said.

The victim then ran away and was chased by his assailant, police sources said.

No information was immediately available about whether the men had a prior dispute, cops said.

The suspect is in the wind.